The art of madhubani paintings 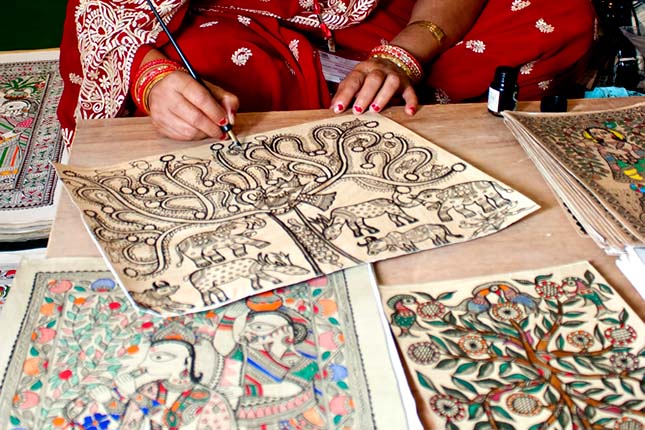 The madhubani paintings is a style which is practiced in the Bihar region of India and in Nepal. The beautiful madhubani paintings are created using fingers, pen nibs, matchsticks and natural dyes and are featured by many designs and patterns. These are for some specific occasions like birth and for many festivals as well. The exact time of their origin is not known to the people now. As per the mythology these were developed during the time periods of the Ramayana. With the feel that this art is divine people began making the paintings of gods and goddesses that captured many hearts.

These were traditionally created by women but now are created by men as well. These skills have passed on to the people from the centuries and generations. The content and the style of paintings has remained the same since many years. These have also coveted the status of geographical indication status. These had many styles in which some of them painted the gods and goddesses. The lower caste people used to paint the scenes from their daily life. These were also made by the bride’s family to be gifted to the groom’s family.

Originally these were done on walls using cow dung. These helped to display some traditions and parts of life. These got their recognition in the year 1975 in India when the prime minister announced the padmashree to the creator of the paintings. Many such painters got many national level awards as well. These are also the ways to prevent deforestation and these are done on the trees and depict hindu mythology. These can be helped to convey some social messages to the people in the most effective manner. These are now also available on bedsheets, cushions, canvas or even on clothes. People also do these things on bangles and utensils. These paintings are also displayed in the galleries which make the whole thing more attractive for the visitors so that they can see and enjoy the whole thing.

These are available all around the world and people who are interested in these have also bought it and displayed in their homes as well. These help to enhance the looks of the walls and even help to satisfy the interests of the people as well. These paintings are also available for sale in the museums and the people buy from there so that they can hang them in their homes and offices. These are done by the people who are interested in such things and want to decorate their homes with a traditional touch of the things. These are also available on utensils and people can also buy them. People can also buy madhubani paintings online from various websites at the best of the prices. People can also buy the collage of such paintings from various stores and even from online platforms so that they can use it to decorate the walls.

The art of madhubani paintings 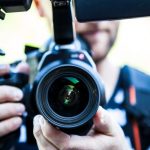 Previous Story:
6 Reasons Why Tollywood Movies Are the Best 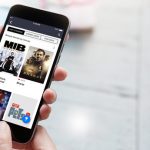 Next Story:
Purchase Movie Tickets with these Credit Card Offers