9 Reasons to Visit Benares, Holy City of the Ganges in India

Visiting Varanasi, or even better Kashi, the city of Shiva, is to visit one of the seven holy cities of Hinduism in India, and place of pilgrimage for faithful of Buddhism and Jainism.

Create the tradition that bathing in the Ganges cures all sins; and that dying and being cremated in Benares guarantees a direct ticket to paradise, ending the tiring cycle of reincarnations.

Enough reasons for a skimpy traveler?

The city of temples and Ghats is a volcano of contagious fervor throughout the day: purifying rituals, baths and ablutions at dawn, the harmony of the five elements in the aarti ceremony at dusk, pure mystical magic in a theater Old as time.

But attention: Benares is also the scene of those images that usually shake the West with prejudices: funeral pyres and corpses that float on the river, crowds, disease, extreme poverty, death … all the joyful glory and horror of India flowing in it stream.

It was not necessary to be a believer or travel in search of the favor of the gods so that we would be especially impressed by the experience of descending the streets of Benares from the crowd to reach the Ganges.

Some say that after visiting Benares the traveler can leave it; but Varanasi will never abandon the traveler.

At the end of this guide of things to see and do in Varanasi you can find:

What to see and do in Varanasi.

Varanasi, probably contemporary to Thebes and Babylon, has been inhabited continuously for more than 4000 years. The sagacious traveler will therefore feel a chill of historical vertigo when he is surprised by perpetuating ancient rites.

2. The buildings and Ghats of the river bank.

Along the five kilometers in which the Ganges bathe the city of Benares, you can admire buildings, pavilions, temples and palaces of the 18th and 19th centuries that connect with the sacred waters through the stone stairs, the famous Ghats of Benares . And the human spectacle that is created in them is equally fascinating.

3. The dawn over the Ganges.

Admiring the sunrise from a boat on the sacred river and contemplating the rituals of the believers in the early hours of the day is an essential experience: the purifying bath, the offerings of the Brahmin priests, the practice of meditation and yoga, the washers, the sadhus devotees…

At sunset of each day, in the ghat of Dashashwamedh, a Hindu ceremony with music, flowers, dance and fire takes place, which is an offering to Ganga, the goddess of the river, and to which both pilgrims and travelers attend. Visible both from the steps and from a boat is a highly recommended experience between things to see and do in Varanasi, to end the day with almost mystical spirit.

5. The theater of fire and smoke of Hinduism.

In Manikarnika, a ghat of the Ganges, the largest religious manifestation of India is celebrated daily, the burning of bodies in the pyres and subsequent release of the ashes to the river; which ensures the faithful the end of the reincarnation cycle and a direct ticket to paradise. What to the eyes of a Western with prejudices may seem like a macabre rite is actually a spiritual and comforting moment for the believer.

Although this temple dedicated to Shiva is banned from access to non-Hinduists, it is worth admiring from outside the gold-lined dome and approaching the point of greatest devotion of the city, because it says the tradition that is the Well of Wisdom and where Shiva manifests as the God of the Universe.

7. Meditate on the garden of Sarnath.

The garden where Buddha preached for the first time after its illumination is located 10 kilometers from the city, a place that has attracted pilgrims for more than two thousand years and where the gigantic Dhamek stupa stands. It also has a good museum that exhibits archaeological remains from the monasteries and temples built in the area.

8. A delight for foodies.

Street food in Varanasi is famous throughout the country, being definitely an essential experience among things to see and do in Varanasi. The recommended delicacies are the famous snow cone, roasted peanuts, delicious chat dishes such as Tamatar Chat, Pani Puri, Kachoris, Aloo Tikki, variety of sweets such as Jalebis, Banarasi Kalakand, Rabri, etc; and the essential specialty of Banaras: his Paan.

The holy city is famous for its silk saris and ornate jewels. The best place to browse through the offer is the local market.

things to see and do in Varanasi 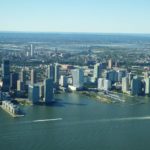 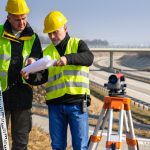 Next Story:
What You Need to Know About Land Surveying in Melbourne