Polyurethane is a polymer compound that involves a combination of polyol and an isocyanate. The former is an alcohol-based hydroxyl compound that reacts with the latter to create polyurethane. The proportion in which both the substances are combined will dictate the properties of the resulting synthetic polyurethane which will be either rubber or form or resin. Polyurethane forms a major part of our everyday life. It has evolved into various forms and is available as resins, rubber, plastics, adhesives, foams, and also paints.

It finds numerous applications in many of the fields which include furniture, bedding, and carpets to footwear and from refrigerators and freezers. It is also widely used in mold making and casting works as it is durable, resilient, and flexible. It works as a binder for fiberglass and as a protective coat of paint for furniture and hardwood floors to get a sleek finish. It is also a good heat resistance and it comes in a range of textures and hardness levels, from soft and flexible to hard and rigid. Polyurethane rubbers are often used to make molds of inanimate objects that will be exposed to abrasive actions, like concrete casting and sculpture reproductions. There are different varieties of polyurethane resins that are of high quality and lend themselves well for making regular casts. But plaster casting is still preferred for making life casts as it sets quickly and is easier to work with.

Polyurethane casting is a resin casting production process used for casting components made from urethane materials and this process uses temporary polymer molds that are produced from a master parts. The molds that are used for the production of the castings are usually made from room-temperature vulcanization silicon. This prototyping process creates polyurethane parts with size, form as well as properties similar to the production parts. Polyurethane castings can also be used for testing prototypes.

The small and accurate number of polyurethane prototype parts can be made by using a polyurethane vacuum casting process. It gives an extremely fine level of finishing. It produces great flexibility and it helps to turn the tools and gives quick results and it also creates polyurethane parts with size, form, as well as properties similar to the production parts, and by this method manufacturers can produce multiple polyurethane prototypes of their components. It is also used for testing prototypes. However, in many cases a urethane material that has properties similar to the production material can be used for tests. The polyurethane vacuum castings process with a production of a master pattern or part from which the molds and eventually the castings are produced. The most common method of producing the master pattern is by stereo lithography which is an additive production process. This process involves using a UV-curable photopolymer resin in combination with a UV laser, to produce 3D components. 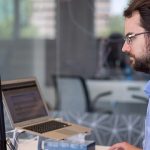 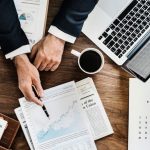 Next Story:
How to Hire New Employees During the Coronavirus Outbreak