Which Are The Top Upcoming TV Shows Of HBO

You might be a little agitated with that games of thrones ending and how the last few episodes disappointed the whole world. That show became a religion or culture for some people. With 19.3 million viewers watching the show, HBO made history that day. But, it is true and nobody can deny the fact that the saga has ended and HBO faces a huge problem where a huge part of the audience is going to dump their subscription. All because the best season in the world is over. But is it true? Was it the best season on the face of this world?

Well, whats exciting know is HBO is coming with a list of shows which may start a new and even better fever that its previous shows. If you are following the Latest TV serial shows news in English, then you must know that HBO is going to compete directly with the biggest streaming video services like Netflix and is coming with a range of TV shows which can surpass the fever of game of thrones.

The HBO is going to make a comeback with its latest list of TV shows which the subscribers can expect in the next year or soon.

Here are the Top Upcoming TV shows of HBO:

This is one of the best picks when it comes to the next big thing from HBO. This show might have the tendency to bring the audience of Game of Thrones back. The show is based on the DC comics by Alan Moore, Watchmen is going to be the sequel to those comics. The show takes place on a fiction alternate earth where the actual superheroes and masked vigilantes exist. There is not much about what really the show is going to be about as the trailer doe the justice by not giving it all.

On the other hand, the cast of the watchmen is pretty spectacular. The cast includes Jeremy irons, Don johnson, and various others.

Are you excited to know about the series which is based on the genre of fantasy? Well, His Darkness Materials will be one of the major fantasy series that you can easily binge. The show is based on a series of books by Philip Pullman. The story revolves around two kids who can travel between two parallel worlds. The cast is also very impressive with talents like James McAvoy, Ruth Wilson, and various others. The show is also produced in co-production by BBC, this season is going to make a debut with eight episodes. The second season has already been commissioned.

Well, the race is not ending here as the upcoming show outsider has its own audience. The show is based on the very recent novel by one of the biggest horror writer of all. The novel is written by the Horror King, Stephen King. the synopsis of the show is based on a murder mystery when a teacher and a coach is arrested on the charge of murdering an 11-year-old boy. But when the investigation continues, the crime soon turns for the monster who temps the people to kill for him. This mini-series stars Jason Bateman and Ben Mendelsohn. The show is going to AIR in sometime in 2020.

Another show that is going to convince the audience to stay will HBO is season 3 of Westworld. Westworld began as the movie in 1973 by Michael Crichton. The movies about the human-looking androids who are populating the wild west futuristic amusement park, who slowly revolt against their makers.

The first season was almost set in the WestWorld, but the second season expanded beyond the park and even in the outside world. Whereas, according to the season 3 teaser and trailer, it looks like the season is going to leave the amusement park behind. The good news is that the breaking bad’s actor Aaron Paul, who was the Emmy winner is joining the cast of season 3. This has made the fans fro the third season more exciting.

The spin-off of the game of thrones:

There is not much known about this series except that it is going to take place thousands of years before the game of thrones show. Whats good is that Naomi Watts has been signed for a very important role and as a woman who is hiding a very deep dark secret. Would HBO will make the magic happen again? Well, that will be unfolded after the show’s launch.

Keep the track of National English news regularly, and you will be updated on all the upcoming Hollywood TV shows and Movies. These upcoming shows are enough to keep the HBO subscription going and one of them may prove better than the game of thrones. 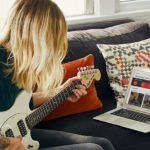 Previous Story:
What Are Benefits of Using the Chords to Play Guitar 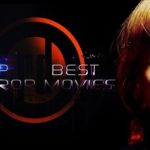 Next Story:
The 5 Best Horror Movies of All Time