What is Antibiotic Resistance?

Antibiotics are referred to as “wonder drugs” as they are effective against many microbes. However, their offhand use has caused many bacteria to be resistant to them. Antibiotic resistance is responsible for almost 23,000 deaths in the U.S. It is also responsible for an additional medical expense of almost $20 billion.

What is Antibiotic Resistance?

Antibiotics, as mentioned above, fight bacteria. Antibiotic resistance occurs when bacteria continue to multiply even in the presence of an appropriate dose on an antibiotic. Antibiotics create selective pressure and kill the susceptible bacteria. However, a few bacteria can escape this and become resistant to it. Certain bacteria do so by altering a component of the antibiotic, rendering it ineffective. While others export the antibiotic faster before it can do any harm, and some alter their outer structure so that the antibiotic cannot attach to them. All these mechanisms help some bacteria to develop resistance, which can be passed to other bacteria as well.

Below-mentioned are some of the Mechanisms for Antibiotic Resistance:

Also Read:   Common Causes of Back Pain and How to Treat Them

As antibiotics combat bacteria, it is natural for the bacteria to have the above-mentioned mechanisms to develop resistance against them. However, this increases when antibiotics are used carelessly. As we know, an antibiotic is effective against the majority of bacteria in a colony but those who are genetically mutated can escape their action and become resistant to them. This level of antibiotic resistance is seen to be linked to the degree of antibiotic consumption. Antibiotic resistance also occurs if the complete course of recommended treatment is not taken. Bacteria remain untouched acquiring more strength against that antibiotic. Moreover, resistance is seen to occur in structurally related compounds of the same class.

Are you worried? Well, we all should be. In this war of antibiotic and bacteria, antibiotics are losing the war. If this continues, there will be a time when antibiotics won’t be effective even against common infections like urinary tract infections. Antibiotic resistance treatment is to prevent it. Next time you are prescribed an antibiotic, take its full course and do not share it with anyone. 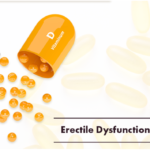 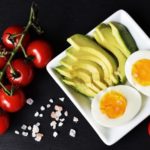 Next Story:
Addressing the Prevailing Misconceptions About Keto Diet, Point by Point