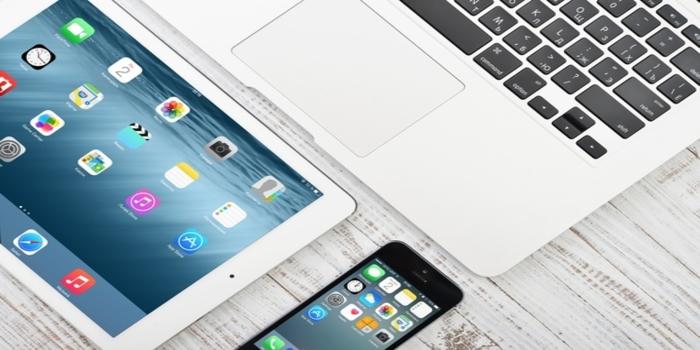 Mobile turns out to be a bit larger with every passing day. The same is happening with app stores and the mobile application development. The smart mobile technology has expanded to the size of mammoth and is positively affecting almost everything in our life.

Smartphones have become the key of technology trends. Now we have an app for everything. Think of something that your smartphones can do and, you would certainly have at least an app for that on the respective app store.

Mobile technology both smartphones and apps have created an impeccable space in the ‘to-do-list’ of several businesses around the world. Even users have developed their dependency on the mobility. Will it change any time soon? No, it won’t because the smart mobility is still evolving and getting into the new sorts of devices which we can wear and, which we can use together with our eyeglasses. We have a variety of gadgets and appliances that can be controlled with smartphones and applications.

We are now the part of the mobility-driven world where each of the requirements, from personal to professional, is being simplified with smartphones and their applications. No doubt that the smartphone technology has proved its worth in everything people do.

The smart mobility based app market has emerged as one of the biggest economies of today’s time. Statista.com’s findings suggest that gross annual revenue of the mobile application market will surpass $189 billion by 2020. There are several other statistics data, such as 205 billion apps have already been downloaded so far in 2018 and, we still have 4 months in the closing of the year. As of estimations, there would be at least 258 billion apps downloaded in 2022.

But don’t rush for an app development right away

But do not let this figure fascinate you so quickly and inspire you to enter the realm of the mobile application development with your idea. As there is always a different side of a coin so do is the case with the app development too.

App users’ aren’t happy with what developers are offering to them. Adobe says 45% of retail app users are not satisfied with the app experience. An Andrewchen.co’s report backs it further and says that average mobile apps lose 77% of users just after three days. These apps then lose 90% of all users in the next 30 days.

So, it’s not easy to get a right app. If you do not have an engaging app, it may fail even at the primary stages. On the other hand, it’s really too hard to create an app that lives up to the expectations of users, who discover it useful and want to keep and use it in their devices for a long period of time.

Businesses developing apps need to think whether or not their apps are user-centric. Let me put some important points to help you learn more about it.

Know about your audience

If you do not know about your app audience, who are you making it for? Whether you get your app built from your in-house team or from a professional mobile application development firm, you will have a competitive app only when you create it with knowing everything about your audience, the current status, and their expectation from an app like yours. You should always have a solid foundation before you add any special feature to your application.

Get a simple yet attractive UI built
Creativity matters a lot! But do not let an app turn out to be overly complicated just because it’s a creative work. Many designers turn the UI complicated to achieve a high level of creativity. But believe it or not, users like simplicity. They just avoid going through a complicated UI to do simple things.

When getting your app’s UI developed, make it as simple as possible. Make all elements and design clearly visible and user-friendly. Do not let your app be failed just you rely a lot on a tangled UI that was advocated as the work of creativity by your designers and developers.

If you are still clueless, you have access to thousands of other apps to learn from.

Make your compatible with all leading operating systems and devices

There are hundreds of mobile devices and tens of mobile OSs as well as their versions. You just cannot ignore one for others. You will need getting an app that works well on almost all sorts of devices and operating systems in trend. This will help you cover a larger group of users.

Keep tabs on the internet bandwidth

However, the internet is becoming cheaper year after year, its speed still matters. There may be variations in the speed of a single type of network, say 4G, on two different locations, like US and India.

This is why developers need to create an app which works fine in slow network speed too. The app must not lag on slow networks.

Also, an app taking the load time more than 3 to 4 seconds will also get a thumb down from users. It’s important that you keep tabs on the testing process, and stress on developers to continuously conduct thorough tests for issues related to connectivity and performance.

You should rapidly launch an app because trends in mobility change sooner than your expectation. You cannot drag your mobile application development project from several months to a year.

The best approach is that you quickly enter the market with the first version having all necessary features and then start adding more features to and refining it in updates. It is a tried and tested way to quickly become a part of the market.

In the mean time, keep a sharp eye on every review the primary version of your app is receiving. Learn from reviews and enhance your app with them.

Mobility is turning out to be a useful technology for everyone. And what is useful is also the target of bad guys. Yes, we have bad guys also in the mobility world! Viruses, malware, and malicious apps that we frequently keep hearing of are created by these bad guys. Mobility has now become the key target of criminals in the mobility world. Hackers and attackers are always there to breach the security of mobile devices and steal private information of users.

This is why you need to keep all your focus on providing the high level security features in your app. An app letting users feel that they are secure automatically becomes the first choice of users. They rely on it more than others. 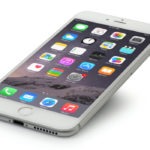 Previous Story:
Five Things To Take Care Of When Building Your Own App 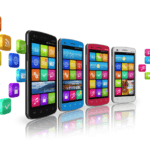