Onam 2018, the harvest festival in Kerala 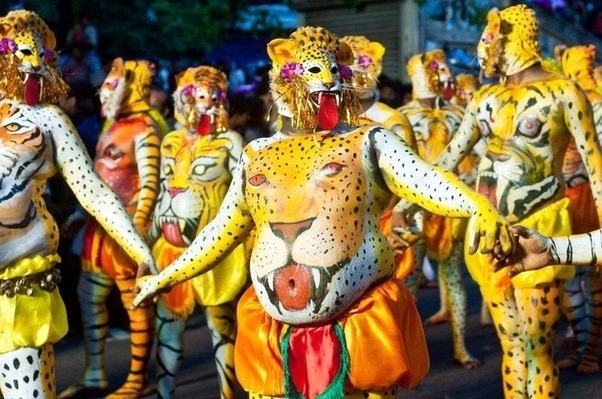 The jungle landscape shines in the lush green and in the canals and lagoons of the picturesque backwaters, the heart of Kerala, the water has reached its highest level. When the rain falls in the first month of the Malayalam calendar , Chingam, and Kerala comes in lush green, then it is time again: The ten-day onedank Onam is just around the corner.

For visitors it is a unique opportunity to get an insight into the culture and traditions of the state. This year Onam starts on 24th August 2018.

The origin of Onam

The celebrations have their origins in Hindu mythology. The folktale tells of the return of King Mahabali, who was banished to the underworld by the mighty god Vishnu. Once a year he was granted the homecoming to Kerala. The return of the popular ruler was a reason to celebrate the Malayali, as the inhabitants of this region are called.

Another legend says Onam is the day when the state of Kerala was found by Parashurama, an incarnation of the god Vishnu. So many variations of these two legends, so many traditions are still united today in the celebrations.

The Malayalis remember Onam at the times under the legend of King Mahabali, where Kerala flourished. Hence the custom of wearing new clothes on Onam, in order to show the best of Mahabali’s return. Houses are elaborately decorated and spruced up with flowers from inside and outside, which has earned Onam the epithet Feast of Flowers . The culmination of this decoration are the Pookalams , elaborate flower decorations, which are designed from petals similar to mandalas in front of the houses.

The festival unites the inhabitants of the state and is celebrated by all, regardless of religion and caste.

Onam stands for a peaceful coexistence, regardless of the origin of the people. Families and friends gather for the festivities and enjoy the traditional delicacies.

Onam 2018, the most beautiful traditions and spectacles

God’s own country – as Kerala is also called – has a lot to offer and thrills through its varied landscapes. Late summer is a great time to visit Kerala. Visitors can experience the celebrations in Kochi, Thiruvananthapuram, Thrissur, and Kottayam in a particularly impressive way. Here we would like to introduce you to the most impressive traditions of Onam.

Onam is ushered in with a colorful street parade.

Musicians and dancers show off their skills as colorful carnival vultures and lavishly decorated elephants move through the streets on a colorful train.

Where: Thripunithura, a suburb of Kochi

The snake boat race has a long tradition and is one of the most popular boat races in Kerala with many religious elements.

The long, slender boats fight fast in the otherwise calm lakes of the backwaters for the victory. The teams consist of traditional white-clad boatmen who row vigorously to the rhythm of the singers. They come from the surrounding villages and decorate their boats with colorful, decorative flags and umbrellas. In addition, each boat crew has their own songs. This spectacular festival and similar, later added snake boat races, are undoubtedly among the highlights of a Kerala stay.

Pulikali means the game of the tiger and goes back to a more than 200 years old tradition.

The then Maharajah of Kochi demanded a dance that was both wild and masculine. Today hundreds of dancers wander the streets to dance to the sounds of traditional music and the sounds of drums. Many dancers are painted from head to toe as tigers and wear elaborate masks. This procession is followed by other dancers who are armed with rifles and represent hunters. The tiger hunt was considered by the Maharajah as the ultimate symbol of masculinity. Today, the surrounding villages compete in the dances for the best carnival wagon and the most elaborate tiger costumes.

Kaikottikali or Thiruvathirakali is a popular folk group dance performed by girls and young women on special occasions like Onam.

Dancers in traditional white robes perform the dance around a lamp or a floral arrangement. The dance is a request for eternal marital happiness. One of the dancers sings the first line of a traditional folk song, whereupon the others repeat the line in the choir and clap their hands.

When & Where: Is performed often and in different places

The highlight of the Onam festival is the Sadya. The Malayalam word means feast – and that’s it! Up to 30 specialties of Kerala are served on a banana leaf. The meal is eaten sitting on mats on the floor, with the right hand. Banana chips, coconut curries, rice and chutney – these are just a few of the delicacies that are served. The preparation varies greatly between the individual regions. Most of the dishes are vegetarian, especially in northern Kerala meat is often included. In Thrikkakar Temple, this feast is served on the last two days of Onam for more than 10,000 people each year.

When & Where: Everywhere in Kerala, at the end of the holidays

Would you like to experience the colorful and impressive traditions of this festival yourself and  visit the Onam 2018 on an individual South India tour ? We plan your dream trip to India with you! 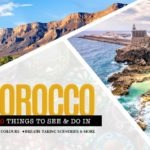 Previous Story:
The Tempting Food and Exotic Destinations – My Travel Experience to Morocco 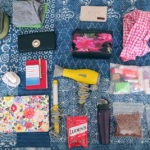 Next Story:
7 EXPERTS SHARE THEIR MUST-HAVES TO PACK IN YOUR CARRY-ON THIS SUMMER