‘I would love to read, what you love to write’- A husband, a father, a convict

It has been 3 years and 5 months since I have been in prison. I have spent every waking moment from then till now, imagining, daydreaming about the sky outside, about the trip to a grocery store with my daughter, about the last time I hugged my wife, about the last picnic under the sun we had.

Those are some beautiful memories. They get me through my day. To be honest with you, the first year was the hardest. I believe it was as hard for my family as it was forme. I was a crook in prison, but they are the family surviving, living with the tag. I never wanted it to come down to this. And when I was new in here, the darkness of the walls reflected the darkness I felt within, I felt I was being eaten from the inside. There is so much I want to change. It is difficult to keep your head clear in prison. The worst punishment is the time, you have a lot of it, and no idea what to do with it.Time will consume you if you let it. One needs an anchor in a place like this, something that keeps you grounded, channelized, gives you direction of a kind.

Also Read:   How To Identify The Real Talent By Offering Exclusive Gifts

It was almost a year after my sentence that my wife first wrote to me. I still remember the disbelief when I heard I got a letter, anxiety almost choked me. It was as if my mind was confused what to feel and started to convulse with all emotions. In retrospect, I believe that was day 1 for me, my real reformation started then, after almost a year in prison.  That letter felt distant, of course I could not ask for anything else, there was a lot of anger I sensed, and I expected that. She said few things in the letter, but I read every word in infinite loop that day. I memorised it, lest I forget. Tried to imagine the words in her voice. I replied to her the very next day.

The second letter I received from her was a couple of weeks later, and to be honest, it was not a pleasant one. I felt as if the words reached into my heart and ripped it out. I cried myself to sleep that night. I replied to her the very next day. It has now been 2 years and 4 months since me and my wife started talking through letters again. It was hard for us both initially, confronting all that has happened, assigning blame, taking names, the sorrow, the struggle, the true consequences of my crimes. But it was necessary, because what is a lesson without suffering, and what good is suffering if there is no lesson?

It has been 2 years and 4 months since my rehabilitation started. All it took was a few words. Because in prison, you need an anchor, something to shine the light ahead, something that channelizes everything good in you, to become your best self. So as the voice from the underside of the world, I urge you to send a letter to an inmate. You would not believe how it can turn the world around for them, and fill them with the hope they need to change. 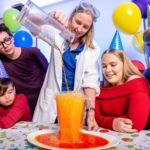 Previous Story:
7 Trending Birthday Party Ideas That You Must Steal 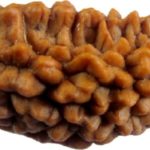