How E-scooters will Build the Economy in the Upcoming Years

The government of India visualizes a powered economy by 2030. In light of the recent announcement, the government has been recognizing the efforts and initiatives of the start-ups which have been established to enable India to fulfil this goal. The movement has garnered applauses from leaders around the world. However, the road is long, and the path undulating. Electric vehicles have a long way to go before they can successfully pull off a coup d’état on fuel-based automobiles.

The idea is catching the wind, and the start-ups working towards delivering an all-powered nation have long-established and laid base for their future operations. Zypp, an electric bike and scooter rental application start-up based out of Gurgaon, has been lauded by the Prime Minister for commencing a revolutionary phase for an all-powered nation era.

The start-up claims that depleting resources and the high running cost of fuel-based automobiles led them to enter the energy market. The company is trying to deliver a cheap, efficient, and sound model of electric scooters for sale. Zypp enables the citizens of Gurgaon to undertake a greener journey through their e-ride hailing services. Rent a scooter and liberate the country from another lethal machine, which largely contributes to degrading the city’s air quality index.

Batteries are the founding component on which the electric bikes and scooters run. However, instead of exporting them, companies in India are producing this vital element, thereby contributing to the nation’s GDP. In-house production costs 38-40 percent less than having it produced abroad. With a single charge, the electric bike can run up to 82 km; however, constant technological updates are working on the capacity extension.

The public infrastructure poses the greatest obstruction in having India transform into an all-powered country by 2030. However, private companies and start-ups are contributing to ramping-up the inadequacies in the infrastructure. It will still be a long way before our country sees plug-in stations more frequently than petrol pumps. A detachable battery will result in the bike weighing less, ultimately leading to efficiency in the vehicle’s performance.

While we paint the picture of what lies ahead, electric vehicles currently are solving the rising impediment of micro-mobility and last-mile logistics. Amazon announced the introduction of a green delivery fleet following which other companies that offer similar services have increasingly been deciding on adding greener, eco-friendly vehicles in their fleet.

Progress in technology has enabled the manufacturers to design an electric scooter that will customize and learn from the behavior of the riders to provide individualized services. In addition to being GPS-enabled, the application will be able to modify speed, torque, pickup, and range.

Start-ups claim that they will never compromise on the speed of EVs since slow vehicles in India do not gain traction. Reports suggest that Indian riders value speed over mileage or performance of the vehicle. Companies advocate that India can never adapt Chinese standards in speed, a country where people prefer vehicles up to the speed of 25 km/hr. Therefore, compromising on speed would result in fewer sales or renting of the vehicle. This is probably the reason why EVs are only being considered in resolving the last-mile commutation problems in the country.

For electric vehicles to shape the Indian economy, they must align with the behavior of the Indian riders. Start-ups envisage EVs taking on as the newer, greener mode of transport which liberates the citizens from congestion and the gas chamber, which our cities have turned into owing to the reckless use of fuel-based transport. 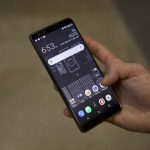 Previous Story:
Things To Do To Get A Claim On Your HTC Mobile Phone Insurance 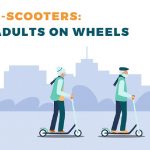 Next Story:
E-scooters: Adults on Wheels