A single entity controls the centralized social media platforms that we use today. This entity can be a corporation, government, or any other organization that has the power to censor content or even delete accounts. This centralized authority can make it difficult for users to have their voices heard and lead to the spread of false information.

A single entity would not control a decentralized social media platform. Instead, it would be a platform that the users control. This would give users more control over their content and their data. It would also make spreading false information more difficult because users could fact-check each other.

The user experience would be improved on a decentralized social media platform because users would have more control. They would also be able to connect with other users more easily, and they would be able to find content that is more relevant to them.

There are already some decentralized social media platforms that are being developed. Some of these platforms are based on blockchain technology, which makes them even more secure and transparent.

Overall, decentralized social media platforms have the potential to improve user experience by giving users more control and by making it easier to connect with other users.

Getting rid of centralized bias and oversight

These biases can have a significant impact on the way users experience the platform. For example, suppose the algorithm favors content from friends and family. In that case, users may only see content that reaffirms their existing beliefs and may be less likely to see content that challenges or contradicts those beliefs. This can lead to echo chambers, where users only see content that they agree with and are not exposed to new or different ideas.

Both of these solutions require platform providers to take an active role in combating bias. However, they are not the only solutions. Another solution is to create independent, decentralized social media platforms that are not subject to the same biases.

This solution has several advantages. First, it would allow users to escape the echo chambers of the major social media platforms. Second, it would give users more control over their data and its use. And third, it would create a more level playing field for content creators, as the algorithms would not be biased in favor of popular or mainstream content.

Either way, it is clear that there is a need for solutions to the problem of social media bias. And decentralized social media platforms may be one way to achieve this. 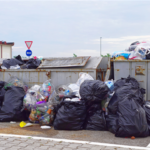 Previous Story:
Give some reasons why Trash Valet Services are in Demand
Next Story:
Is Having an Emergency Preparedness Plan Enough for Securing Facilities?