Cloud Video Surveillance: Everything You Need to Know 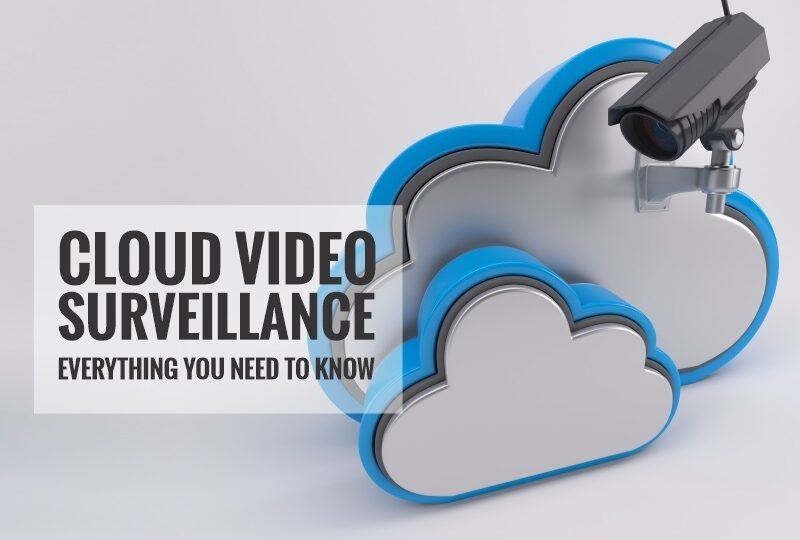 However, some use video surveillance systems for a variety of other purposes as well. One recent trend has been the popularity of cloud video surveillance or Cloud VSaaS, which rely on cloud storage to function and provide each feature.

To understand everything about Cloud Camera and Cloud Video Surveillance, let us divide it into two aspects where Cloud CCTV came from and what Cloud Cameras have to offer:

The first ever IP-based camera with Cloud storage was invented back in 1996. Everything from video quality, footage storage, types of connection, and reactive to proactive features has changed so much.

The technology and science behind cloud camera solutions have made security and surveillance easier. Let’s take a look at some other additional systems that were there before cloud cameras came into the picture and how cloud video surveillance has overcome the challenges they faced.

How Cameras have Evolved Throughout the Years :

Traditional or analog cameras have been used in surveillance systems since 1942, when german scientists used the newfound technology to monitor the launch of rockets. The problem with analog cameras was and still is the same :

Internet Protocol (IP) Cameras were invented in 1996 by Axis Communication and have since been used for surveillance worldwide. IP cameras are still relevant and helpful when compared to analog cameras in terms of:

How does Cloud Video Surveillance Work?

Recently, there has been an increase in the use of the “Cloud.” The growth in the cloud market has directly led to a gain in the use of cloud cameras. Several reasons, such as the need for privacy, security, the pandemic, and so much more, have led to this.

In the past, security cameras were used to watch out the perimeter of a property and just to watch!

However, with the advent of cloud cameras, they are accessible from anywhere and can be used to monitor any person or object.

In simple terms, A cloud CCTV is a device that records footage and directly stores it on a remote server called “Cloud.” It eliminates the need to maintain any physical storage devices, which can be costly and prone to manipulation. Cloud CCTVs do not require any onsight devices; however, they can store recordings on local storage if needed.

Cloud Video surveillance easily wins over traditional security as they are

Cloud Video Surveillance:  What does it have to offer?

We’ve already understood how cloud camera or Cloud CCTV works. They are used as one of the primary video surveillance solutions and what goes behind the scenes contributes to their success.

The final product is what we see!

The quality, durability, and effectiveness of cloud cameras make them the best for your safety and security.

Live and recorded footage can be easily accessed from anywhere and anytime via a laptop or mobile. Cloud storage solutions simplify the process of retrieving footage within seconds.

Unlike local DVR/NVR storage, cloud storage solutions allow footage to be stored centrally from multiple cameras on one or more sites. It ultimately saves costs as you don’t have to set up a separate system for every site. For instance, a restaurant owner with multiple branches can view all of their components from a single place using the cloud.

Hard drives/disks can get stolen or damaged deliberately by thieves/intruders so that they are not recorded and caught. Your footage is stored safely & securely and can be used as evidence in scenarios such as break-ins or theft. Cloud storage solutions record and transfer the footage directly to the Cloud.

The camera can contain video analytics that analyzes images for things like motion, density, and contrast.  This allows the camera to recognize objects and decide what it wants to record. The camera can also use artificial intelligence to recognize and identify human faces from photos.

Cloud camera or cloud video surveillance allows you to increase your storage capacity. Instead of the requirement to invest in more hardware and spend more on their installation costs, you can expand your storage and also decrease capital and technological costs with it.

There is no need for a starting capital with cloud storage solutions, and the costs are flexible per your requirements.

You might be thinking, what if my cameras lose internet connection, and would I still be able to monitor my premises?

There is no such thing as over or extra security. With cloud video surveillance, you can be confident that you are safe and secure. It is essential to be in touch with the changes in the world, and one such change is the constant rise in the use of cloud cameras in the surveillance industry.

You must know what options are available and what would be best for them and their enterprise, whether a simple solution such as using an NVR system with traditional cameras or a hybrid between cloud and IP cameras. Cloud camera solutions are a better, more efficient, and cheaper option when choosing a surveillance system.

IGZY provides customized Cloud Camera Solutions for you to be in touch with technological advancements and keep your security as your main priority. 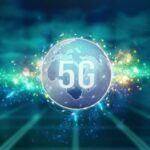 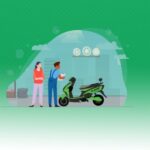 Next Story:
How can we bring down the cost of setting up charging infrastructure?