Autumn Movies to Look Forward To 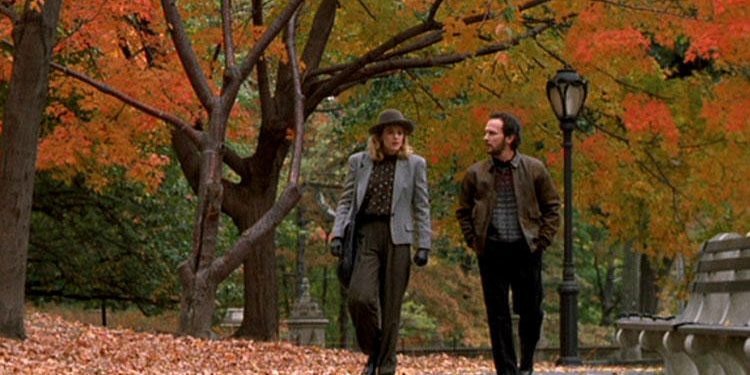 Everyone loves a great movie. What’s more a visit to the local cinema will always beat watching a film at home. The screen’s bigger, the sound is both louder and clearer (plus the neighbours won’t complain), and whilst the treats may cost a little more, you can always take your own!

Even walking into the cinema is an experience. There are posters of upcoming movies, the usual lifesize cardboard cutout of various well known characters and even clips being shown on screens. It all creates a buzz that you simply do not get at home. You do not get the chance to have a picture next to a lifesize cardboard cutout on the couch in the sitting room now do you?

So here we look at Autumn movies to look forward to in 2018. Whilst not ever movie will suit everyone, there is certain to be enough variety and choice so that everyone is satisfied. So, if you’re a movie film-buff, or you just enjoy the odd trip to the cinema, read on to see just what is coming up for you…

It may only be July, and therefore technically summer not autumn, but when it comes to blockbusters then the Mission Impossible franchise knows all about them! What’s more, it is likely to still be at the cinema come the autumn and therefore satisfies the criteria for that reason alone!

Fallout is the sixth Mission film, that’s right sixth! Whilst the number of films within a franchise doesn’t always denote its success, for Mission: Impossible it does exactly that. As the American answer to James Bond has grown, so have the budgets and the lavish quality of the films. In addition, the stunts, especially in the opening sequences (like Bond) have become almost unbelievable and certainly are breath-taking – hint do not miss the start!

Back for another Mission Ethan Hunt and his team are again in a race to save the World – whilst most of the World sits blissfully unaware. The action, adventure and impact of the film and the dedication and commitment that Tom Cruise has demonstrated to the franchise makes this a must see at the cinema.

Teen Titans – Go To The Movies

Based around the popular cartoon series, the adventures of Robin, Cyborg and friends always bring joy to children of all ages. There is the usual amount of toilet humour and overall levels of weirdness that make TT so popular in the first place. One for the young or young at heart.

There are sharks and then there are Great Whites, but that still isn’t close. At the top of the food chain is the prehistoric and utterly frightening, The Meg. Not Meg, but The Meg! Jason Statham is the hero in this underwater adventure of gargantuan proportions. Man v Shark, bring it on…

If giant prehistoric sharks are not scary enough, then imagine having to tackle a Predator. A species that trawl the galaxies hunting for sport, and they end up on Earth! On this occasion, they are not hunting The Meg though, their target takes a human form. Conceived in its early stages as a reboot of the original Arnie jungle shoot ‘em up, The Predator turns out to in fact be a highly anticipated sequel. The team behind it directed Iron Man 3, so once again we’ll be dealing with costumed lead characters, only this time looking to destroy rather than avenge.

Spiderman has taken many forms, been played by many actors, and has appeared across the board from Avengers to stand alone movies. Through this time though there has always lurked the question – where is Venom? Yes he appeared in Spiderman 3 but that wasn’t enough to satisfy the fans. Well, he’s here, he’s got his own story to tell and he is being played by Tom Hardy no less, so it is time to get excited. The darker side of the Spiderman universe is about to become a blockbuster and it is one not to miss.

There is no autumn without Halloween, and then there is no Halloween without Halloween the movie. Mike Myers returns in a sequel that tries its best to ignore its recent forerunners. Indeed the plot twist dates back to four or so decades ago. So, forget everything else that has happened in between – if you can, and prepare to be scarred witless once again by Mike Myers. Jamie Lee Curtis returns to her role in the franchise as Laurie Strode, in a “final” showdown with the mass murderer. If horror and gore is your thing, then head for Halloween.

Fantastic Beasts: The Crimes Of Grindelwald

Eddie Redmayne returns to the JK Rowling penned series of Fantastic Beasts taking the lead role of Newt Scamander. The success of the initial Fantastic Beasts of course has its basis in the Harry Potter franchise. But that should not undermine the actual film itself. Yes the characters are interwoven into the Potter folklore, and yes there are of course elements that nod knowingly to one another. The Fantastic Beasts franchise though has established a new footing in the movie world. It may never surpass Potter, but that does not make it any less valid. A fantastic adventure and story to boot.

A film that has been visited more than a beloved relative, Robin Hood once again gets another chance at the cinema, this time staring Jamie Foxx and Jamie Dornan. Nottingham seems to have been forgotten in this remake, but there is a Peaky Blinders link in production, and we all know how well made and scripted that particular show is. The action will be gripping, and it deserves its chance.

Another sequel, this time in cartoon form. Some critics have said that the original was the best ever Pixar film…not made by Pixar, and that has to be considered as the highest of praise. No longer confined within the world of arcade games, Ralph has made it out and this time he has the freedom of the World Wide Web… it is going to be both smashing and exciting at the same time. A family film that can probably be enjoyed by almost everybody.

Anything that has a link with Peter Jackson has to be epic, and whilst the release date of Mortal Engines is in fact closer to Christmas than Halloween, it has been included for that very reason.

Also Read:   How Meditation is Going to Help You in Dealing with Anxiety

Whether you enjoyed Lord of The Rings or not, it has to be accepted that the cinematic experience, especially during the battle scenes was at a whole other level. Well, Mortal Engines is based on the concept of battles, as mobile cities move around the earth fighting each other for dominance. Scavenging is taken to a whole new level, as villages fight for their survival and cities look to take control.

These are just a few of the forthcoming movies that will be available to view across the country through autumn and beyond. There will be some of course that immediately jump out as must see films. Others may have taken you a little by surprise. There are the stand alone films, the reboots, the franchises and the remakes but each offers something different and something similar at the same time.

The difference of course will be in the genre of the movie, be it a kids film, an adventure movie, science-fiction, or fantasy. The common thread is that each film offers the opportunity to escape. Escape from the everyday world in which you live, to get to know and maybe even love new characters, to continue old adventures, revisit old stories, or to start a whole new adventure altogether. This is what unites people about movies, the escapism, the fantasy and ability to be immerged in somebody else’s imagination for a couple of hours whilst being thoroughly entertained at the same time.

The best experiences are enjoyed away from your own normality. So for a change, spend a night off your couch and in the local cinema watching any one of these films, or one of the many others that will be available.

The best experiences are enjoyed away from your own normality. So for a change, spend a night off your couch and in the local cinema watching any one of these films, or one of the many others that will be available. See them as they are meant to be seen – on the big screen. It’s time to return to the place built for adventure and the home of movies, the cinema. 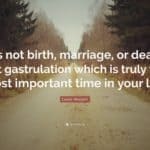 Previous Story:
Best Reasons Why Marriage Is Important In Your Life 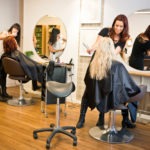 Next Story:
10 People you are Guaranteed to Meet in a Salon